Our parish in Svitavy is a Roman Catholic parish of the Archdiocese of Olomouc. It covers town Svitavy, including its suburbs Lány and Lačnov, and two villages around Svitavy – Javorník and Kamenná Horka. Our parish staff supports also parishes in Hradec nad Svitavou, Sklenné and Vendolí.

History of our parish is similar to history of town Svitavy – in the past it had to recover from several serious difficulties- e.g. move out of German speaking people after WWII, termination of Redemptorist monastery, 4 decades of communism etc. Despite this our parish is live and vital society.
There are several activities that take place during week – women meet to pray for their families, musicians meet to prepare for Sunday mass, children meet to play together, senior people gather for fellowship, retreats, recreational activities and scripture reflection sessions etc. It could also be noted that in recent past (2004-2015) there were three young men ordained priests.

Not sure if you know – Englermar Unzeitig was born in Hradec nad Svitavou in 1911. Hradec is village nearby Svitavy and Engelmar used to attend masses in St. Joseph church. During WWII, after he was ordained to the priesthood, he was arrested by Gestapo and sent to the contcentration camp in Dachau. In 1944 he volunteered to serve in typhoid barrack. He got infected and died in March 1945.
On January 21, 2016, Pope Francis officially acknowledged Fr. Unzeitig as a martyr, killed in hatred of the faith. That opened the path for his beatification which took place on September 24, 2016.
Fr. Unzeitig is also known as “Angel of Dachau”. 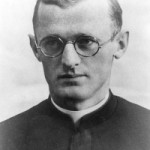 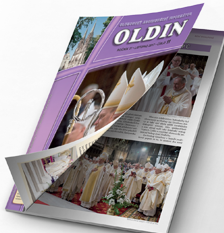